The company continued to work at its regular pace. In 1972, the P250 Urraco, the 400 GT Jarama, the 400 GT Espada and the P400 Miura SV were in full production. That year, in an attempt to improve sales that were frankly quite disappointing until then, the Jarama hand a 365-hp engine and was dubbed the Jarama S.

In 1972, the Urraco, which had experienced several initial slowdowns, was finally put into production. Almost inevitably, the S version also arrived in October of that year. In this case, the goal was not to enhance the car’s performance but to improve its overall quality, which had been neglected in the haste to start production.

The following year, while waiting for the Countach prototype to be developed to a stage that would enable its production, the Espada was further modified and perfected, and the new series was presented in October 1972. New wheels as well as perfected detailing of the entire body, the dashboard, the central instrument panel and various components characterised this well-made Series III. This last series essentially represented the decisive peak in the evolution of this outstanding four-seater, which is still in great demand among Lamborghini fans around the world. Its production would reach the respectable figure of 1226 units, quite a large number for a carmaker of this size selling at top-level list prices.

The production model of the Countach was codenamed LP 400 because its V12 – positioned longitudinally behind the cockpit – was increased to an ideal displacement of 4 litres (3929 cc). This model debuted at the 1973 Geneva Motor Show. 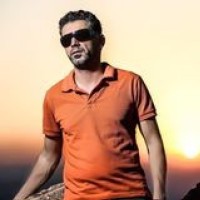